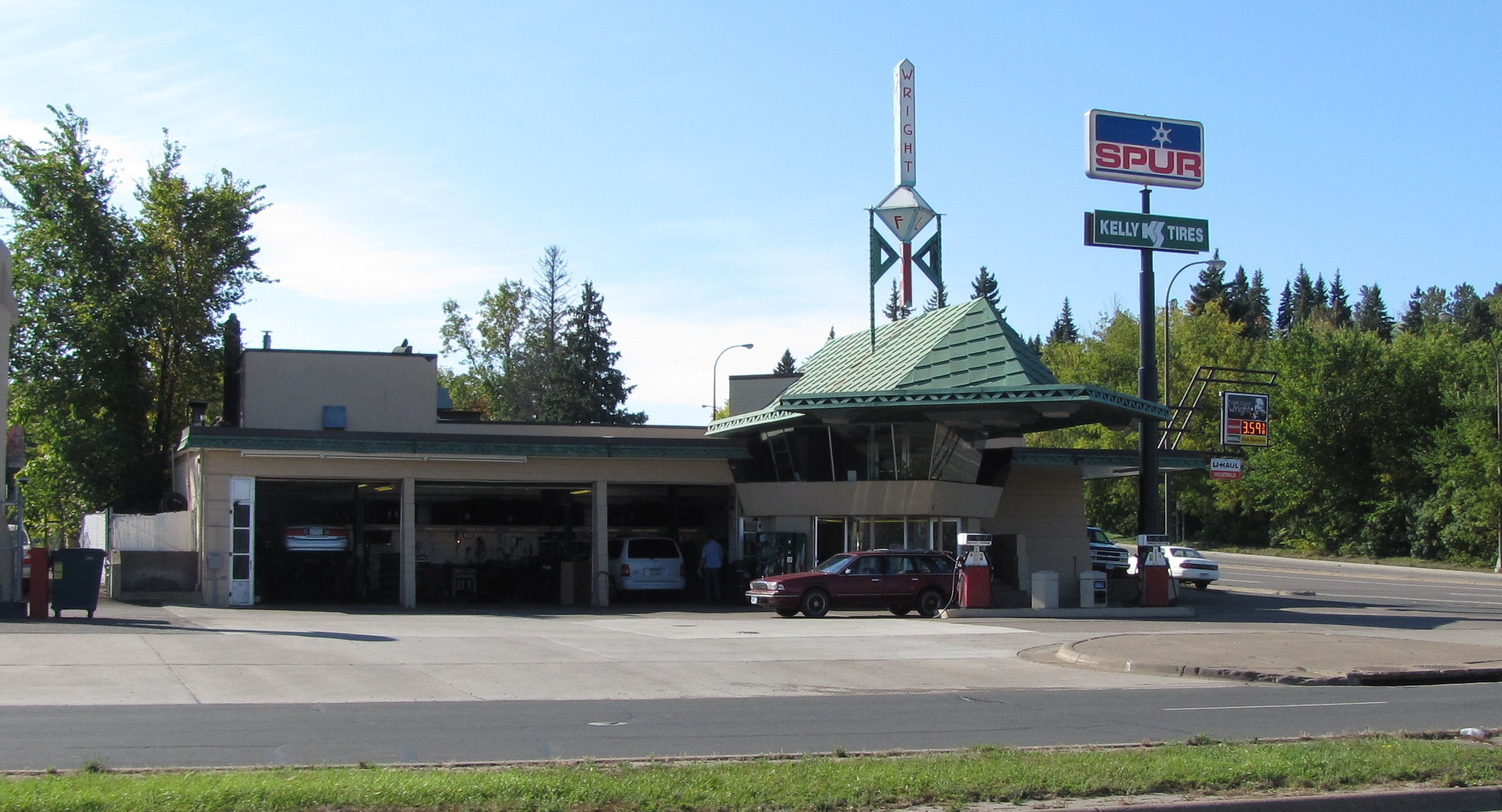 The most-photographed and most asked-about structure in Cloquet turns 50 this year!

History of the Station

The R.W. Lindholm Service Station, or more commonly known as the Frank Lloyd Wright gas station, has become an icon in Cloquet in the past half-century. Located on the corner of Cloquet Avenue and Highway 33, the station is an architectural treasure – the only operating gas station ever constructed from the designs of Frank Lloyd Wright.

Wright’s connection with Cloquet began when the Lindholm family was searching for an architect to design their new home. Lindholm’s daughter and son-in-law had studied architecture and encouraged their father to employ Wright. The architect accepted and after designing and building the Cloquet residence in 1952, Wright approached the family with the idea of building a gas station.

The plans for a service station had been occupying Wright for over 20 years. The station’s design was based on Wright’s futuristic Broadacre City plan of 1934, which sought to create a new decentralized urban landscape. Wright’s his new client’s oil business provided a perfect fit for the architect’s vision. He saw no reason “a little beauty couldn’t be incorporated into something as commonplace as a service station”. The station, however, was the only one ever constructed.

Commonplace the Lindholm station is not. Stepped cement blocks support a copper canopy that extends approximately thirty-two feet. A glass-walled observation lounge anchors the signature cantilever while a slender towering pylon reaches from the polygonal roof to a height of sixty feet. It used to hold the name PHILLIPS on the upper portion and the number 66 in the middle. (From its inception in 1958, the station’s gasoline came from Phillips 66. That changed last summer when Phillips 66 decided to pull its brand out ofMinnesota altogether. The looming Phillips 66 sign was removed and it now operates as a Spur station.)

Wright originally envisioned eliminating standing pumps and placing fuel lines in the cantilevered roof, thereby offering motorists uninhibited access to the station. This was never carried out due to fire code standards and the traditional ground fuel pumps were utilized instead. The three service bays are fitted with skylights to help facilitate the work of mechanics. Cypress wood is found throughout the structure, from the shelving for auto accessories located in the garage and diamond shaped sales office, to the decorative cut elements in the restrooms.

The site was listed on the Historic Registry in 1984 and has been operating as a gas station ever since it opened on October 31st, 1958.